Mark A. Roglán, an expert on 19th-century Spanish art who led the Meadows Museum at Southern Methodist University during a period of significant growth as director for more than a decade, died Tuesday morning at his home from University Park. He was 50 years old.

The cause was cancer, a museum spokeswoman said, adding that Roglán had started palliative care on Monday.

During his 20 years at the museum, where he arrived after working at the Prado in his native Madrid, Roglán was a pivot between cultures, striving to cement the idea of ​​museum founder Algur H. Meadows that the meadows would be “a Prado in the meadow.” “He has designed works for the museum that have never been seen in the United States before and has collaborated with other museums internationally, including the Prado. He has also presided over major acquisitions spanning a variety of periods, including works by Goya, Raimundo de Madrazo y Garreta and Miquel Barceló.

A highlight of his tenure was Meadows’ 50th anniversary, which he celebrated by bringing a pair of blockbuster exhibitions to his halls. With “Treasures From the House of Alba”, The Meadows has drawn more than 130 rare works from the private collections of the Alba family, a group closely linked to the Spanish monarchy. The works of art have resided in three large palaces in Madrid, Salamanca and Seville, some for up to 500 years, and had never been exhibited outside Spain before, according to Roglán. Among them are Goyas and Rubens, 16th century tapestries by Willem de Pannemaker and 19th century furniture created for Napoleon III.

“This is probably the most important historical collection held by individuals in Europe today, that is to say, say, not part of royalty,” Roglán said at the time. “It’s just amazing. The Duke of Alba traveled to Dallas to open the show, telling The news, that “as a collection, it has never traveled. Photos were taken for different exhibitions, but an exhibition like this? Never.”

Shortly before this exhibition was another first, the first American exhibition of paintings from the collection of Juan Abelló, long known as one of the world’s foremost collectors.

In the year she and the Alba show took place, 2015, SMU received what was then the largest donation in school history from the Meadows Foundation, including $ 25 million for the museum. “It’s huge. It will continue to allow us to be the center of Spanish art in America,” Roglán said.

The people at home had already taken note of his accomplishments. In 2010, King Juan Carlos I of Spain knighted Roglán for his contribution to Spanish art.

“Mark is a very gifted museum director,” said Gabriele Finaldi, a former Prado official who is now director of the National Gallery in London, at the time of the Meadows’ anniversary. “He’s pretty committed. It has significantly raised the profile of the museum.

He had done so by focusing on his profile “as a museum of Spanish art in the middle of Texas,” Finaldi said. “And that,” he added, “is awesome.”

Roglán was born in Madrid on April 8, 1971. Son of a Colorado mother of Irish-German descent and a Spanish father known as one of the best broadcasters in the country, he grew up celebrating American traditions: pie with apples, chocolate chip cookies, even Santa Claus, a minor figure in Spain, where the feast of Epiphany on January 6 is more important.

Roglán was an assistant in the drawing department at the Fogg Museum at Harvard University. At the famous Museo Nacional del Prado, Spain, he worked as a curator and researcher in the 19th century painting and sculpture department.

In October 2001, he arrived at Meadows as interim curator. He was appointed head of the museum’s collections the following January and appointed second-in-command by then-director Ted Pillsbury in 2004.

A year and a half later, he took over the management.

This summer, when the Meadows Museum announced the acquisition of a rare 400-year-old painting, it did so in honor of Roglán. The work, a 1621 portrait of an “unknown noblewoman” by Bartolomé González y Serrano, has been exhibited in the Jake and Nancy Hamon galleries of the museum. A close examination reveals an incredible precision in the rendering of his clothes. She is dressed in the latest fashions of her time: pearls, a silk dress, and a fragile, precisely painted white lace necklace.

Serrano was a contemporary of Diego Velázquez and a court painter for the king. Despite producing over 100 portraits of royals and others, most of his work never left Spain.

Members of the museum’s advisory board funded the purchase. Calling him, “undoubtedly among the best of the artist,” Roglán said he was grateful for their tribute.

He is survived by his wife and their four children, a brother in Atlanta and his mother in Madrid. His father predeceased him in death earlier this year.

Plans for a memorial service have yet to be announced. Contributions to her memory can be made to the Meadows Museum Art Acquisitions Fund or the Harold C. Simmons Comprehensive Cancer Center at UT Southwestern. 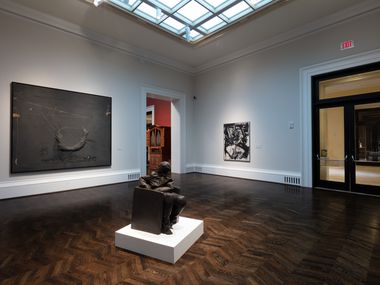 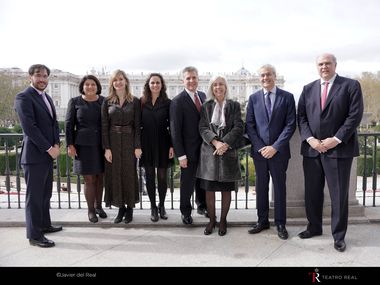 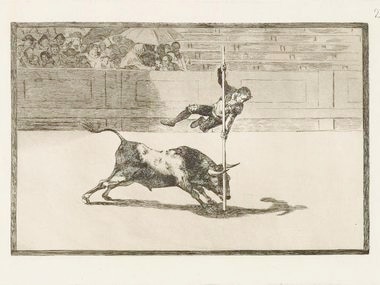